Is Las Vegas a lesson or just another senseless tragedy?
We’ve had quite a few tragedies recently, the most recent being the Las Vegas massacre. Whenever a crazy person goes on a rampage, I’m asked about gun laws and background checks.
Currently, there are laws stating you are required to have a background check to purchase a gun. The loophole is no background check is required at gun shows. This has many people angry. I would love to see some type of legislation to close that loophole (for obvious reasons…hello-I own a background check company). If nothing else, it may stop someone from purchasing a gun that day. The downside is criminals find their own loopholes, which include purchasing guns on the black market. Look no further than Chicago as an example of a city with strict gun laws, but more homicides than any other city.
Unfortunately, I don’t have an answer. I don’t think legislators do, either. If they do, they aren’t saying it. Lobbyists hold a lot of power over legislators through payoffs, bribes, and other means.
It seems every time a shooting tragedy happens, our nation grows further apart and more indignant to their side. Few people hold a middle ground stance when it comes to gun laws. However, I think the answer lies in both parties meeting in the middle to come up with a sound solution. 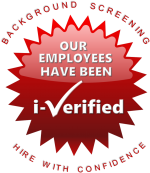